Iganga branch is one of the 5 branches who were awarded a grant for implementation of the Skybird micro projects. Recently it was joined by Gulu branch which is currently implementing a regional skybird programme. This article provides a short overview of the background of Namutumba District skybird project area and Iganga branch’s past experience in implementing WASH projects.

Namutumba district is among the 7 administrative districts of Iganga branch, It is where the branch is implementing micro skybird project in Bulange and Magada sub counties. This district is geographically located in southeastern part of Uganda and is approximately 145 km from Kampala Capital City, Its located in Busoga region covering land area of 801.87Km2 of which the arable is 555.87 km2 and 246 km2 is land under swamps/wetlands/rivers. It borders Kaliro and Kibuku in the North, Butalejja in the East, Bugiri in the South and Iganga ranging from West to South West. It has 9 administrative sub counties with a total population of 252,557 according to the Population and Housing Census 2014. 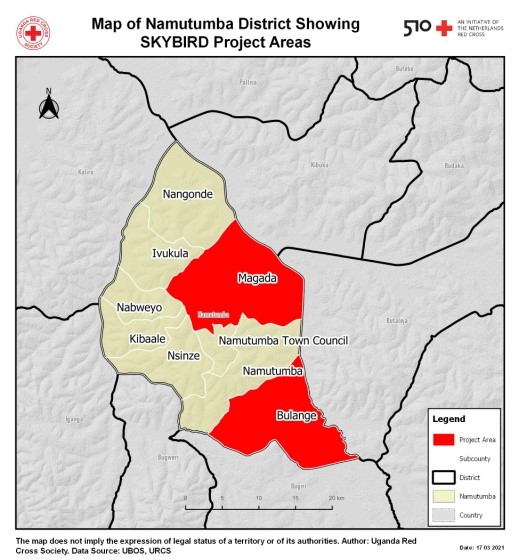 Uganda Red Cross Society Iganga branch is one of the 51 branches of Uganda Red Cross society located in the Eastern part of Uganda in Busoga Region covering the seven districts which were part of the former greater Iganga Namely: Iganga , Mayuge, Luuka, Bugweri, Namayingo, Bugiri And Namutumba with its main office in  Iganga district, Nakigo sub county Bulubandi village. This branch was born in 1985 after having been part of the Busoga Red Cross division in early 1980s. The branch sits on its own land and has office land in Bugiri and Namutumba district. The branch is bordered by Jinja branch in the West, Kamuli and Pallisa in the North and Tororo and Busia branch in the East respectively.

Its population according to 2014 population housing and population census is as follows: Iganga and Bugweri -504,197, Luuka- 238,020, Namutumba- 252,262, Bugiri – 382,912, Mayuge – 473239, Namayingo 215,442 respectively. The following districts under Iganga branch are boarded by Lake Victoria like: Mayuge, Bugiri and Namayingo while Mayuge and Namayingo districts have Islands and other parts within the coverage have got swamps, rivers and streams.

The branch reaches the vulnerable communities as it is working as an auxiliary to the government and has working experience in implementing different projects as follows; 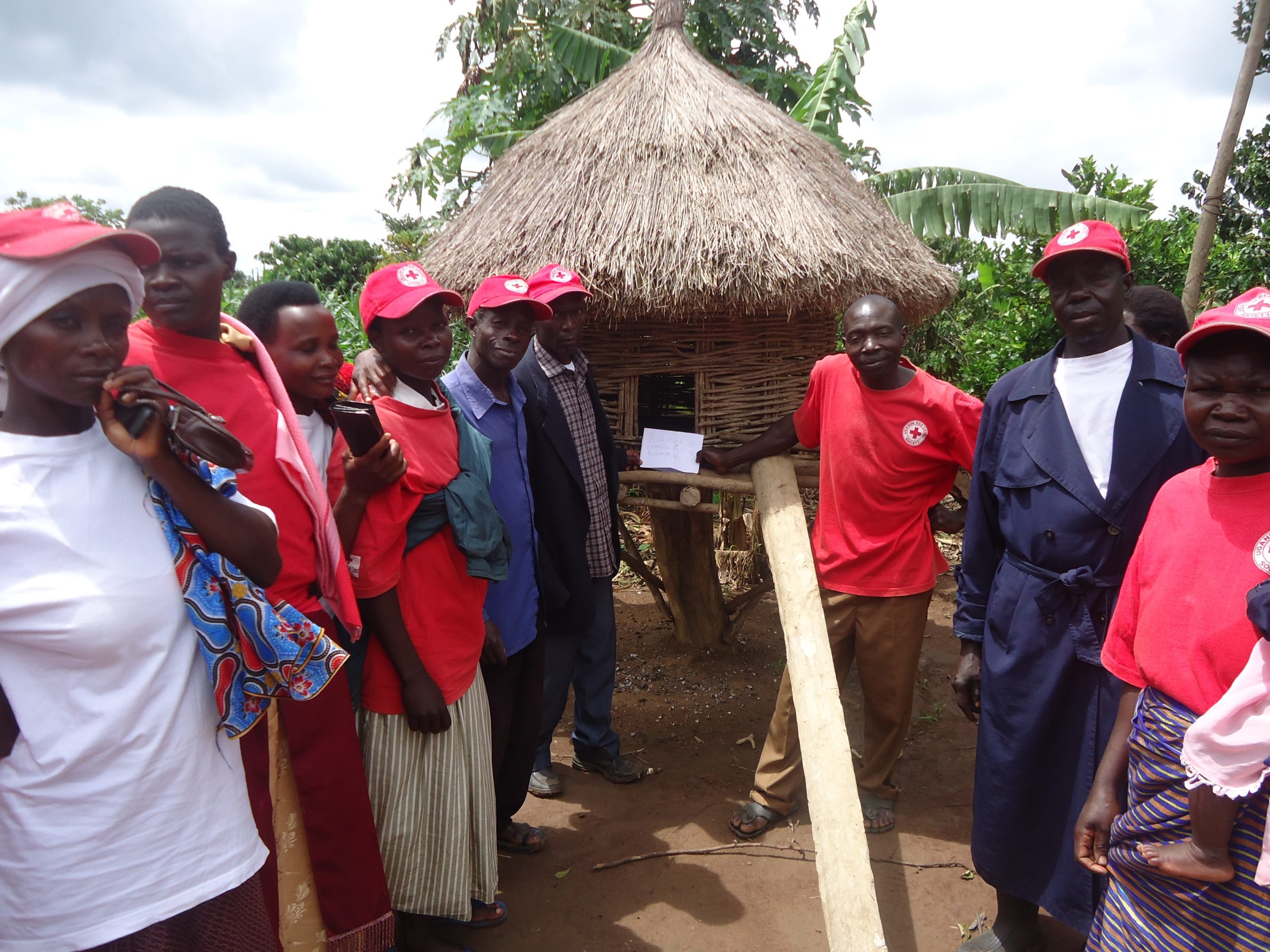 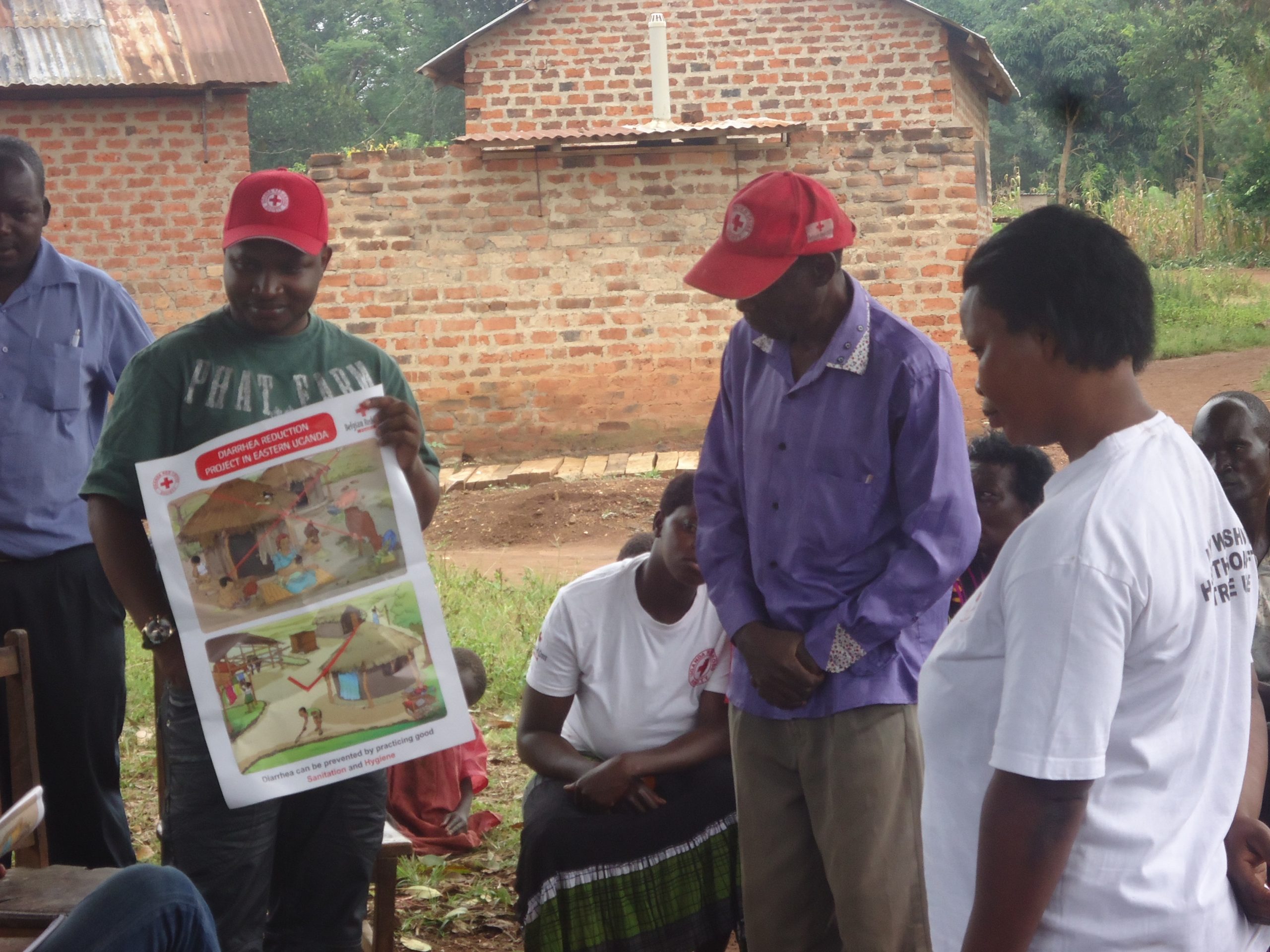 This project was titled Contingency Stand-by Agreement for Emergency Preparedness and Response in Health, WASH and Child Protection. It was directly implemented under disaster management. It directly benefited people around Namayingo islands at Namaying T/C, Mutumba, Buhumba, Banda, Lolwe, Sigulu, Sub-counties, parishes, or villages; Buyinja Health centre IV, Mutumbe Heath centre 111, and Kandge Health Centre 111 in Lolwe Island and this was due to the rising cases of cholera during such a time between 2010 to 2014.

The ministry of education and sports in collaboration with the Uganda Red Cross society in march 2019 launched the “keep a girl in school” campaign. This initiative aims at improving menstrual health management among adolescent girls in primary and secondary schools in Uganda and so far 1536 girls have benefited from this project from the five selected schools in Mayuge district as a pilot district. With  support from ministry and stake holders all concerted efforts are directed to the following proposed interventions: (1) institutional infrastructure: water and sanitation facilities, 2) knowledge enhancement through the production and dissemination of information, education and communication materials as well as training learners, parents and teachers in menstrual health management. (3) partnership building and policy framework on MHM coupled with enforcement. The total number of girls projected to be reached in schools country wide by 2021 is 161,545. 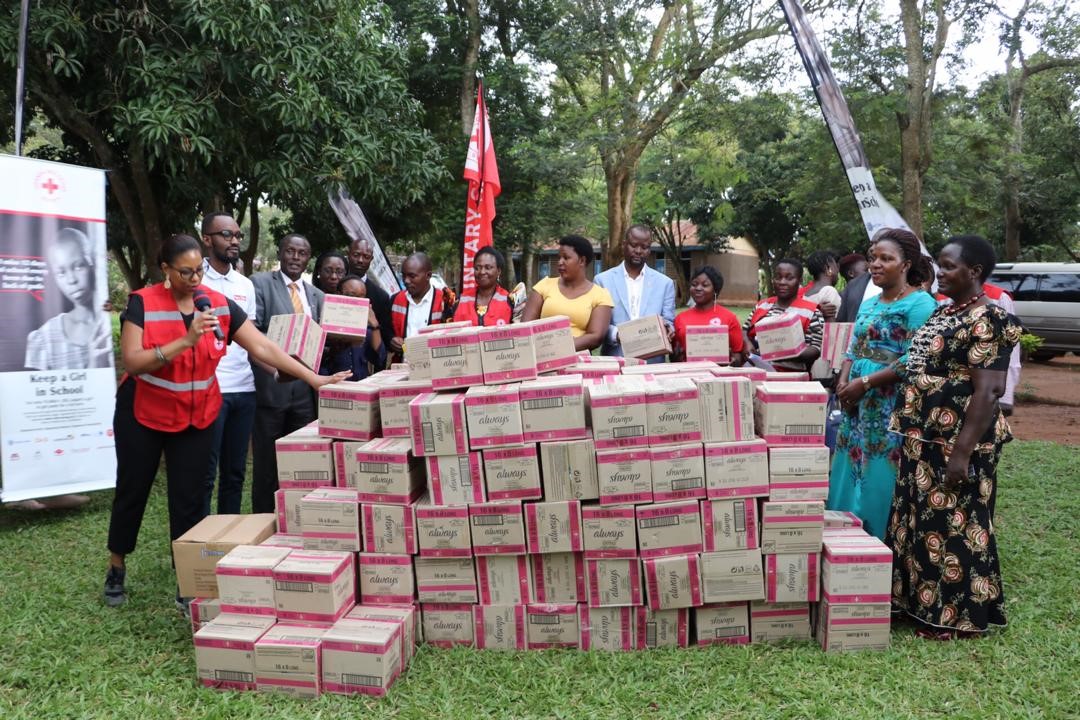 Iganga Branch in the Skybird Programme 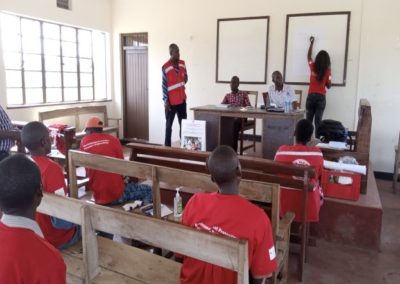 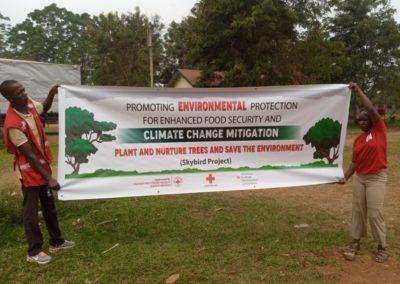 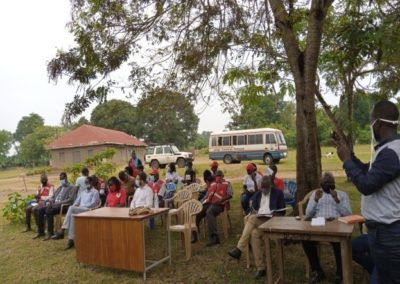 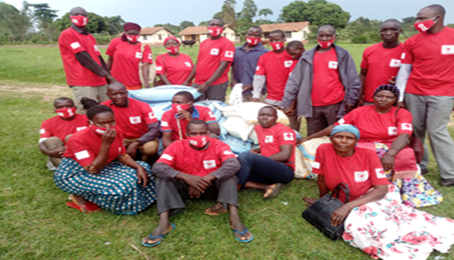 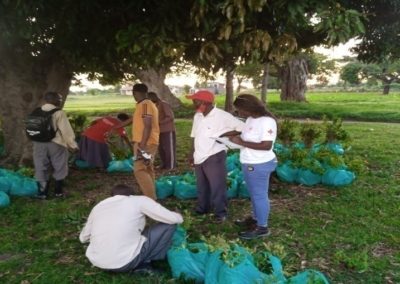 distribution of trees to community beneficiaries 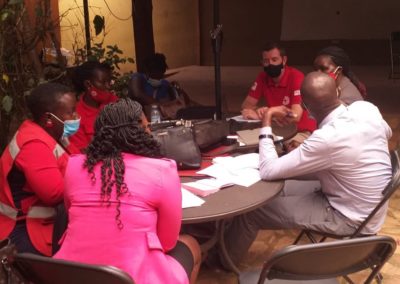 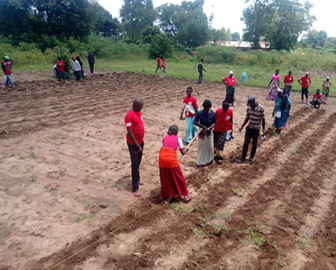 Establishment of FFS at bulange subcounty 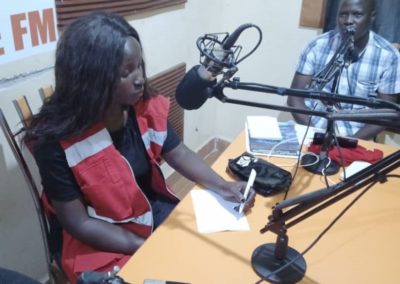 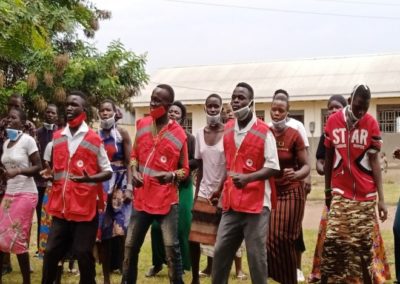 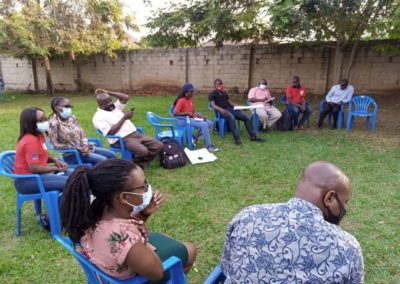 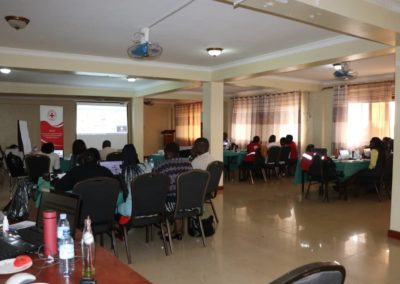 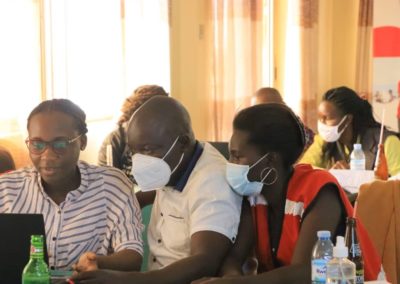