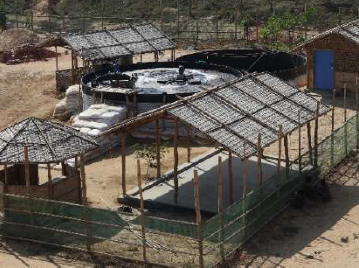 The devastating earth quake 2010, which heavily affected the city center of Port-au-Prince/Haiti, but even more the Cholera outbreak in the same year, induced by unsafe if not negligent sanitation behavior by international UN Forces, demonstrated the imminent need for FSM solutions in certain emergency situations, such as urban context, camp contexts and others. The immediate reaction of IFRC and partners was the implementation of the https://emergencysanitationproject.org/. The AutRC got involved in the project, and with the https://www.faecalsludgefieldlaboratory.com/ (FSFL) we created quality assurance for any future FS treatment solution in emergencies and beyond. In 2013 we planned to install a sewage treatment solution with our industrial partner https://busse-is.de/ including water recovery for watering plants or washing cars. For various reasons the project was unfortunately never implemented. 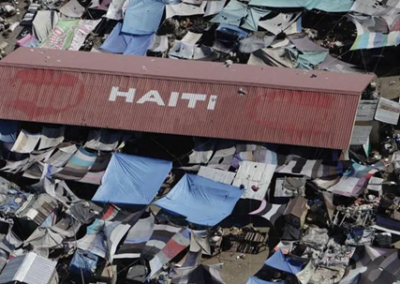 Aerial view of the situation in Haiti, 2010 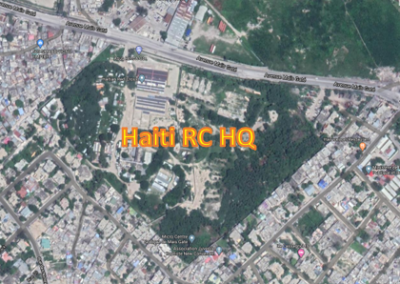 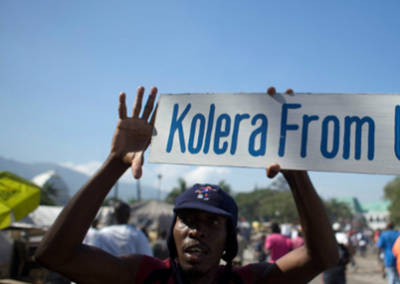 In 2018 ongoing the IFRC together with mainly the British and the Swedish Red Cross installed the first prototypes of emergency faecal sludge solutions in the Kutupalong Mega Kamp Cox’s Bazar/Bangladesh (CXB, picture by www.say-ing.de). A Lime Stabilization Unit was implemented together with the Aerobic Faecal Waste Treatment Plant (FWTP). Important steps forward could be achieved with desludging and sludge transport in a more than challenging environment. The AutRC contributed with personnel for the attached field laboratory.

During the operation of the unit the lab was not only able to collect process, public health and environmental data thus assuring safe end-products, but also contributed in stabilizing and further developing the FSM unit.

Early 2020 we submitted a concept paper about the creation of an RCRC FSM unit with the project name IFRC FASTER_U (Faecal Sludge Treatment in Emergencies, the Unit). IFRC, British, German, Netherlands, Norway and Swedish NS agreed to participate and to jointly search for funding. AutRC core funding, possible funding through the IFRC-ECHO PPP and major contribution by the German RC (GRC) will allow us to finally start the project in Quarter 3-4 2021. First talks have been conducted with Lebanon RC (LRC) to be the implementing partner for a one year development project in Bekaa/Lebanon, where LRC is already desludging Informal Tented Settlements (ITS) in the Bekaa Valley. The hardware will be supported by GRC based on the initial material used in CXB and re-calculated by scientific partners.

The main outcomes and expected results of the project are: 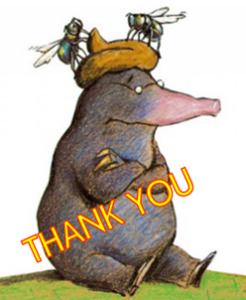