For the 2021 Hygiene Promotion in Emergencies Training we decided to focus on the topic of Menstrual Hygiene and also chose to deviate from the standard-training package by combining theoretical input (for the first time shifted to an online format) and discussions with practical application of MHM activities in the setting of a music festival in Austria.

How does a Hygene Promotion training go together with a music festival?

In June 2021 a series of webinars (eg about the use of social media in Menstrual Hygiene Programming, facilitated by the initiator of the world MHM-day) and self-paced learning assignments (e.g. recording of short videos about the IFRC manual on MHM programming) prepared the participants (13 volunteers/staff from Austrian and German RC) for the practicals, which were held in the westernmost province of Austria, during the weekend of 16 – 18 July at the site of the so called “poolbar-festival” with actual festival guests as the target population.

This allowed the participants to practice group discussions, Kobo-surveys, controlled experiments and gathering of social-media content about the real MHM issues of the people, rather than hypothetical problems of populations of a fictional scenario. While the festival was not completely comparable to a humanitarian setting, the methods could still be applied. This practicality was very much appreciated by the training participants and recommended for the future. One point of criticism was the duration of the face-to-face part, which effectively lasted only 1.5 days. At least 2 full festival days would be preferrable, in order to properly reflect/ adapt Focus Group Discussions, surveys etc according to lessons learnt on the first day and apply those learnings on the second day, to have a real learning cycle.

Apart from practicing skills relevant for MHM programming, the partcipants (especially the male ones) found some of the information from the interviews and discussions eye-opening. Some stories about traumatic experiences, especially in connection with girls’ first period and their lack of prior information were quite surprising for the Austrian context.

In general we hope to see this type of training replicated, also maybe in other settings. If you do replicate it or plan on doing so, please share your experiences with us under washnetwork@redcross.at 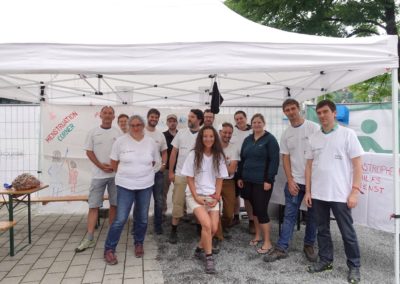 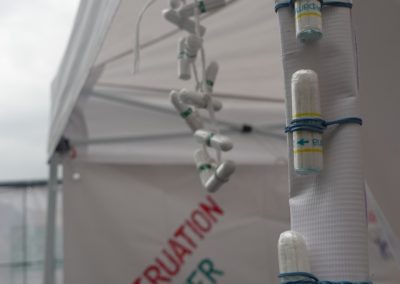 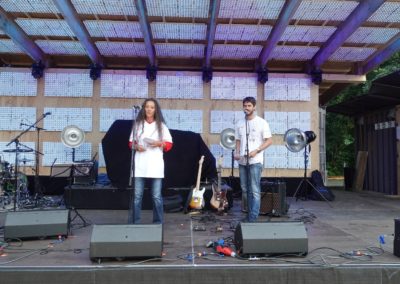