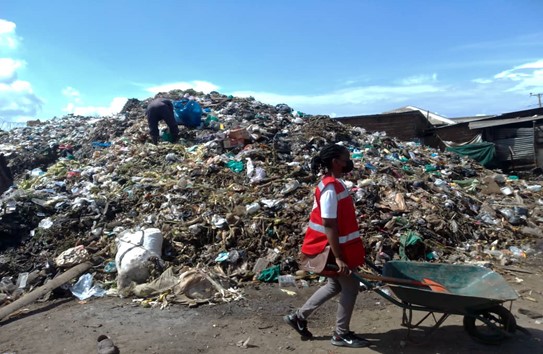 Gulu City is situated in the northern part of Uganda, with an estimated population of 1.2 million.

The northern region was embroiled in instability for over 20years (from the late 1980s to 2000). The region was affected economically, socially and security wise. During the 20years of insurgence, there was very limited or no development at all in the region. All government programs were brought to a standstill, infrastructure development was pulled and human suffering was the order of the day.

Population movement in the morning to access gardens and in the evening coming back to secure places was a daily practice. This was called night commuters, where children and mostly women were seen sleeping on the verandah of the would-be shops. Poor waste disposal for both domestic and human waste was the order of the day due to the increasing number of population movement.

Heaps of garbage littered the entire Gulu town and other urban areas.

In 2014, URCS started a 2 year project with funding and support from the American Red Cross, which focused on urban Disaster Risk Reduction (DRR). During this project, the Community-based DRR groups which are still part of the current Skybird micro project, were established. Amidst the implementatin of this project, it was also discovered that Gulu City is choked by poor waste management, in public markets as well as at household level. Poor attitude, a lack of knowledge and lack of resources by Gulu City council authorities to respond to the identified problems were among the identified challenges.

Building on the structures of the DRR project, the Skybird micro project introduced and Urban WASH project to Gulu City. The project team centered the activities around waste management in Gulu center, with an objective of converting waste – a valubable resource – into tangible and useful forms like fertilizers or green energy by making environmentally friendly briquettes. Those activities are also in a position to result into business opportunities for the women centered DRR groups since they could produce and sell the products derived from waste. 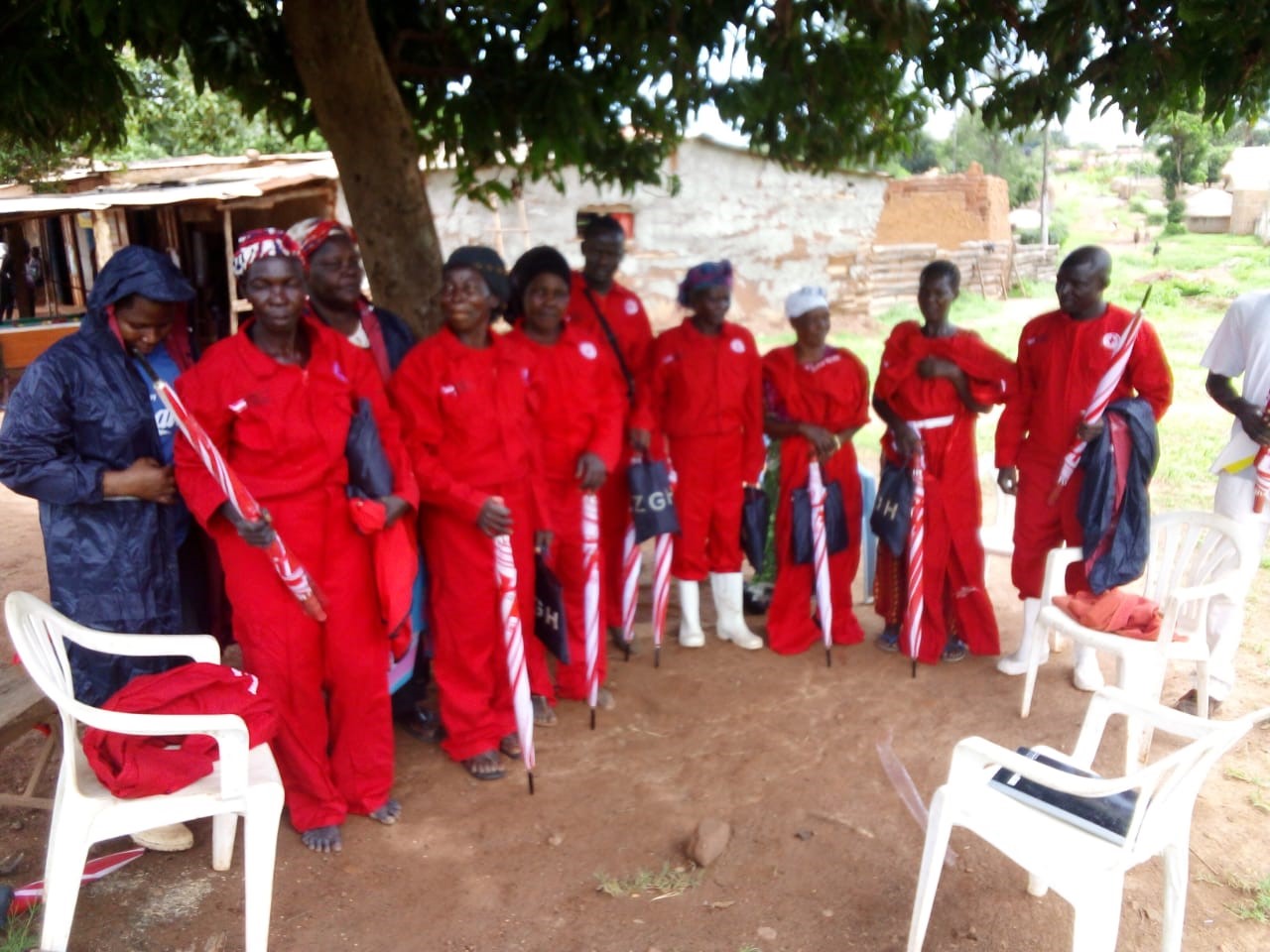 In the beginning, the existing CBDRR groups had to be reactivated and some new members had to be selected at Community Engagement and Accountability (CEA) forums. As mentioned above, the raw materials were not a problem, since a number of slum areas within the city were choked with garbage.

Designed to empower communities, the project team embarked on trainings in business management, green energy (Briquettes making and production of fertilizers/manure). After a 5-day training, briquette production machines and other equipment was handed over to the groups.

The production of briquettes gradually commenced and by closure of the project, over 8900 briquettes were produced with 3120 sold and money left in the hands of the groups with the advise to open up group bank accounts.

*Click on the images below to view in full size 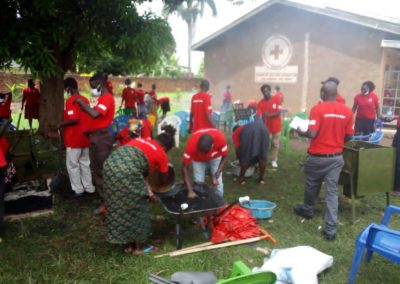 Preparation of materials for briquette making 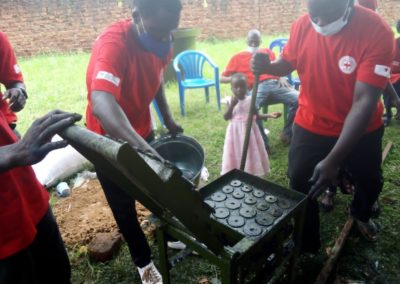 Cleaning of the machine before starting production 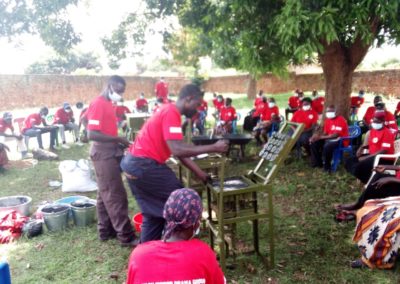 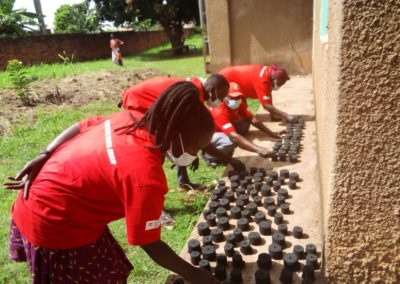 …with the increasing number of environment-related challenges, briquettes production or green energy is one of the best ways to go in the herementioned context since the raw materials are available and the market is within reach of the nearby or targeted population. Hence more investment and advocacy is needed to create awareness about innovative green energy solutions at all levels.