In late summer 2022, Pakistan experienced abnormal monsoon rainfall nearly three times higher than the past 30-year average, resulting in uncontrollable urban and flash floods, and landslides across the country. Subsequently, more than 5.7 million people have been affected by the floods.

IFRC deployed 2 persons as part of M15 to support PRCS with the water purification units already in country from previous disasters, and the new Rural Water Supply (WSR) and Household water treatment & safe storage ERUs. In addition, a 3 pax CCMC (Community Case Management Cholera) ERU advanced team was also dispatched to assess the situation which concluded that there was not enough justification to send the full team. Further, a Rapid Response profile was requested to support as Sanitation Officer:

The main task was to assess villages in several districts north of Karachi with focus on emergency excreta disposal and to propose a design and BoQ for emergency latrines. Some assessments were conducted jointly with WSR, others independently which also included some observations on hand pumps fort the WSR team (EC, TDS, NTU…). Eventually, green light was given by PRCS NHQ to dispatch sanplats and wood poles from the capital.

A quick orientation training was conducted to orient a newly recruited WASH officer and a first team of a district branch by constructing a prototype superstructure. As there was a gap until the arrival of the 2nd rotation RR Sanitation, the resident Sanitation Officer took over and started latrine construction based on the initial assessments and considering gender and aspects related to tribal affiliation, following a unified approach to work through village committees (as WSR & HWTS); if there are no existing structures, water committees would be created by branch volunteers. The software component would be covered by HP volunteers trained by WSR & HWTS ERUs. 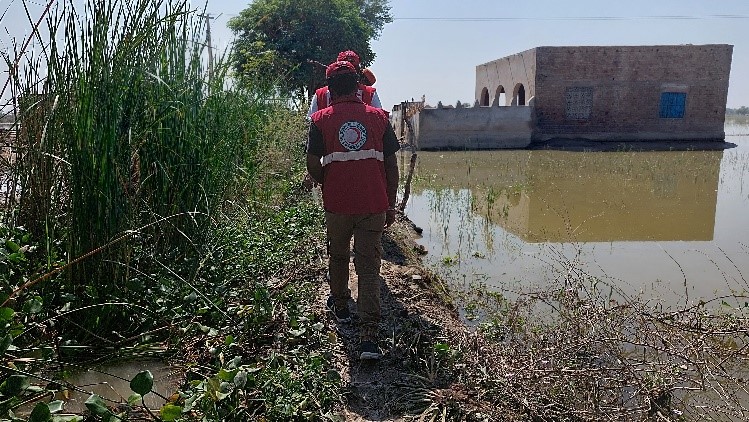 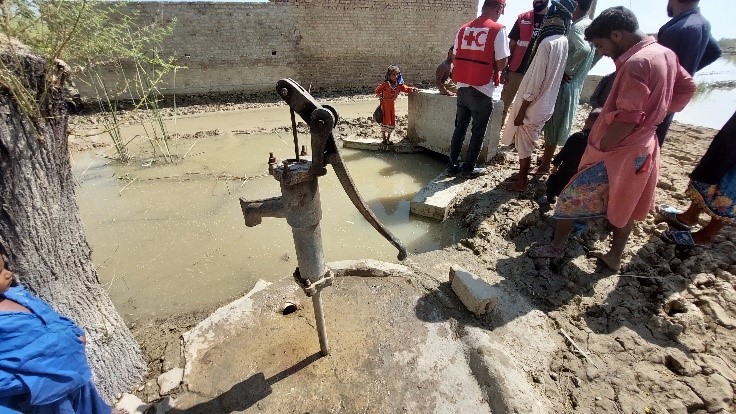 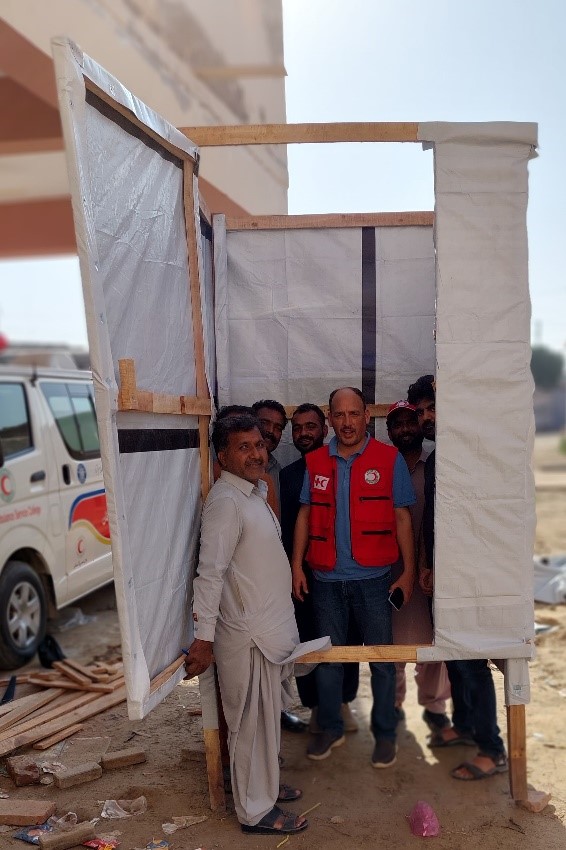